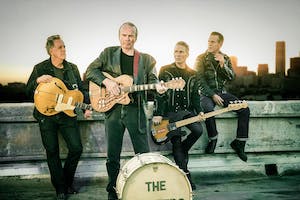 This event has been rescheduled to March 25th, 2020. All tickets previously purchased will be honored.

The Blasters' self-described "American Music" was a blend of blues music, rockabilly, early rock and roll, punk rock, mountain music, and rhythm and blues. They still have a devoted fan base and have received largely positive critical reviews, but have earned only limited mainstream success. Critic Mark Deming wrote of them, "the Blasters displayed a wide-ranging musical diversity [and] were a supremely tight and tasteful band with enough fire, smarts, and passion for two or three groups."

* THIS SHOW HAS BEEN RESCHEDULED TO SEPTEMBER 25TH, 2019. ALL TICKETS PURCHASED FOR THE PREVIOUS DATE WILL BE HONORED *