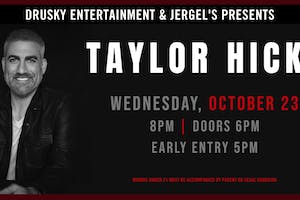 From the start, Hicks’ material on the mega-hit show set him apart, with a unique take on Southern soul, R & B, country and blues. Sixty-four million votes were cast and nearly 37 million American viewers and more than 200 million viewers worldwide tuned in to crown Hicks the Season 5 winner of AMERICAN IDOL, making it one of the most-watched TV events of the last decade.

Hicks’ star continued to rise after he stepped off the IDOL stage. Less than three weeks after his IDOL victory, his debut single, “Do I Make You Proud,” entered at #1 on Billboard’s Hot 100, Pop 100, and Single Sales Charts. Coinciding with the single’s release, a cover story named him People magazine’s “Hottest Bachelor of the Year.” His self-titled album (Arista), debuted at #2 on the Billboard 200 and was quickly certified RIAA Platinum. In 2007, Hicks penned a brisk-selling autobiography “Heart Full of Soul” (Random House). Hicks is the first male IDOL winner to be featured on a Grammy Award-winning album, Jimmy Fallon’s “Blow Your Pants Off,” which took home the 2013 Grammy for Best Comedy Album.

On Broadway, Hicks starred in the hit musical, GREASE as Teen Angel, and when asked to join the national tour, happily agreed.  The 18-month tour connected him with fans across North America.

In June 2012, Taylor Hicks began his residency at Bally's Las Vegas. As a testament to his musical talent and showmanship, Hicks will continue to bring the roadhouse to the Las Vegas Strip with a year-long extension through 2013 at a larger venue, Paris Las Vegas, making him the first Idol winner in history to secure a long term residency in Las Vegas. Hicks has since rapidly evolved into one of the most popular acts in the city. He will have an exclusive commitment to Caesars Entertainment, bringing his soulful ballads to other Caesars properties across the country throughout the year.

On August 30, 2012 Hicks performed at the closing night of the 2012 Republican National Convention, playing to a crowd of 18,500 delegates in Tampa, Florida, and a national TV audience of over 30 million viewers.

Hicks, who hails from Birmingham, Ala., had music on his mind from childhood. As a young adult, he became a fixture around the Southeast, playing concerts and club dates with visiting stars like James Brown, Tom Petty, Jackson Browne, Robert Randolph, Keb’ Mo’ and Widespread Panic, among others. Hicks also released the independent albums “In Your Time” and “Under the Radar.” Later, these albums were compiled and released by Vanguard Records as “Early Works.”

In addition to headlining at Paris Las Vegas and other Caesars Entertainment properties all over the United States in 2013, he is currently in studio working on his first country album. 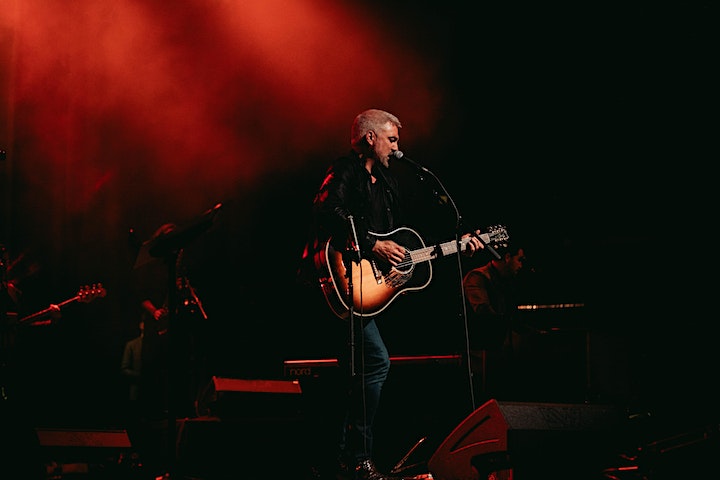