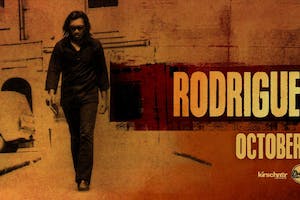 Please be advised, Rodriguez originally scheduled for April 30 at Carnegie of Homestead Music Hall has now been rescheduled to October 1. Please hang on to your tickets, all tickets purchased for the original date will be honored. 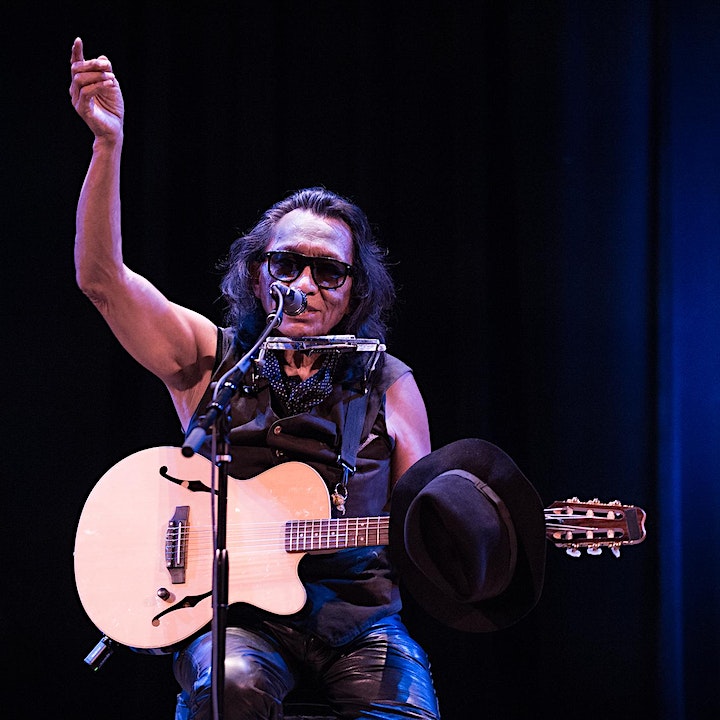 Sixto Diaz Rodriguez is a Mexican-American folk musician, born on July 10, 1942 in Detroit, Michigan. In most of his songs he takes a political stance on the cruelties facing the inner city poor.

In 1966 he released the single entitled “I’ll Slip Away” through the small record label Impact. He did not produce anything for another three years until he was signed with Sussex Records. Rodriguez recorded two albums with Sussex- Cold Fact in 1970, and Coming from Reality in 1971. But after mixed reviews and low album sales he was dropped from the label, which later folded in 1975.

Sixto registered and ran for city council in Detroit. The county spelled his name wrong on the ballot.

After failing to make an impact in North America, he gave up his career as a musician. However, although he was relatively unknown in his home country, by the mid-’70s his albums were starting to gain airplay in South Africa, New Zealand and Australia.

After imported copies of his Sussex albums ran dry, an Australian record label, Blue Goose Music, bought the Australian rights to his back catalogue in the mid-’70s. The label released his two studio albums plus a compilation album “At His Best” (featuring unreleased recordings from 1976 “Can’t Get Away”, “I’ll Slip Away, and “Street Boy”). Unbeknownst to Rodriguez, it went platinum in South Africa, where he achieved cult status. South Africa at one stage was the major disk-press interest supplying his music to the rest of the world.

With a new buzz around Rodriguez, in 1979 he toured Australia with the Mark Gillespie Band as support. Two shows from the tour were later released on the Australian-only album Alive—the title being a play on the rumours caused by his public obscurity that he had died years ago. After the ’79 tour, he returned to Australia for a final tour in 1981 with Midnight Oil before quietly slipping back into normal life, gaining a degree in philosophy while working as a demolition man. He earned a bachelor of arts in philosophy from Wayne State University’s Monteith College in 1981.

In 1991, both of his albums were released on CD in South Africa for the first time. His fame in South Africa was completely unknown to him, until 1998 when his eldest daughter came across the website dedicated to him. In 1998, he played his first South African tour, playing six concerts in front of thousands of fans. A documentary about the tour “Dead Men Don’t Tour: Rodriguez in South Africa 1998″ was screened on SABC TV in 2001. Later he played Sweden before returning to South Africa in 2001 and 2005.

Rodriguez’s albums Cold Fact and Coming from Reality were re-released by Light in the Attic Records in 2009.

Rodriguez appeared as a musical guest on the Late Show With David Letterman on August 14, 2012. Also in mid-August 2012, CNN aired a feature story with interview of Rodriguez discussing his life and career resurgence.

In 2012, the Sundance Film Festival hosted the premiere of the documentary film Searching for Sugar Man, from Swedish director Malik Bendjelloul, detailing the efforts of two South African fans to see if his rumored death was true—and if not, to discover what had become of him. The Simon Chinn- and John Battsek-produced documentary went on to win the World Cinema Special Jury Prize and the Audience Award, World Cinema Documentary. In February, 2012, the film played at the True/False Documentary Film festival in Columbia, Missouri and director Malik Bendjelloui was in attendance and did an extended Q & A after the film. The film opened the 2012 Traverse City Film Festival on July 31. The film opened in New York and Los Angeles on July 27, 2012. It is also screened as part of cinema programs in some European music festivals during the summer of 2012, including the Way Out West festival in August, where Rodriguez is also scheduled to perform. In July 2012 he performed at the Newport Folk Festival in Rhode Island.

The Searching for Sugar Man soundtrack features a compilation of Rodriguez tracks from his Cold Fact and Coming from Realityalbums. The album was released on July 24, 2012.

Copy and text cited from: Wikipedia via Rodriguez (Musician) entry.