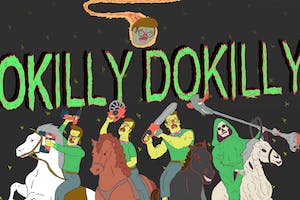 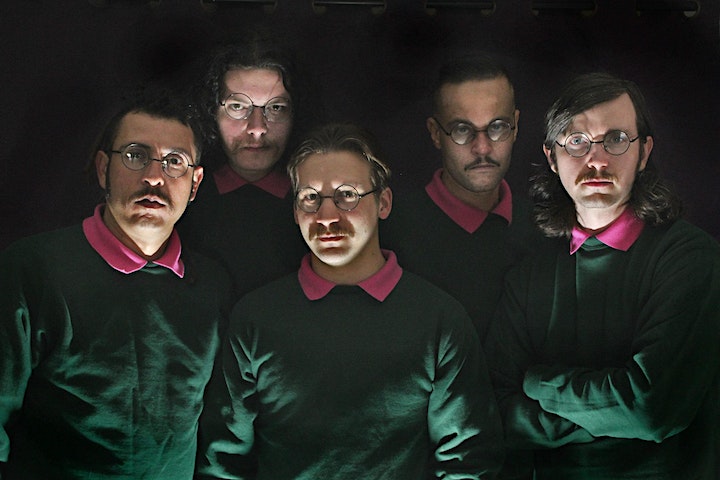 Established in 2015 with original members Head Ned, Red Ned, Bled Ned, Stead Ned and Thread Ned, the band found success before ever playing their first show, becoming a viral phenomenon after releasing just a few press photos and a 4-song demo. Within 2 weeks, the band had nearly 30,000 Facebook fans and was featured by numerous publications including Billboard, Time, The Independent, BBC, Esquire, Vice and many more.

In November of 2016 the band released their debut album, 'Howdilly Doodilly', a 13-track catalog filled with Flanderisms, rushing guitars and more than enough left-handed puns. A music video for the lead single, “White Wine Spritzer” was also released in November of 2016 and has since amassed over 5 million views on youtube. The video eventually caught the eye of the folks over at The Simpsons who, in April of 2019, ran the video during the end credits of a Season 30 episode.

Following the departure of bassist Thread Ned and guitarist Stead Ned for left hand conversion therapy, the band acquired guitarist Dead Ned and bassist Cred Ned. In 2017, the band took on a relentless touring schedule across the US and North America, playing nearly 100 shows over the course of a year.

Following a short hiatus through 2017 and early 2018, the band regrouped in July of 2018 with a brand new lineup, introducing Shred Ned on guitar, Dread Ned on drums and Zed Ned on synth. In October 2018, the band added bassist Bed Ned and embarked on their first overseas tour with a full UK run.

Okilly Dokilly released their sophomore album, Howdilly Twodilly in March of 2019 and has been touring on the new record since.

Okilly Dokilly's live shows are high energy affairs that weave together comedy and brutality. Guttural screams and pounding drums provide a soundtrack for the pummeling of an inflatable donut as green sweaters and round glasses blur across the stage.