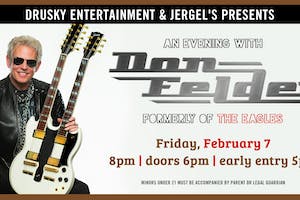 Customers can contact INFO@FUTURE-BEAT.COM with any questions concerning their package.

No matter how you look at it, 2019 is shaping up to be the Year of the Fingers — Don “Fingers” Felder, that is. Felder, a true American rock and roll guitar hero, is very much looking forward to building upon his rich legacy as one of the most innovative riff-generating songwriters of the modern rock era while continuing his growth as a featured touring and recording solo artist.

Not only is Felder a proud, longstanding member of the Rock and Roll Hall of Fame, having been inducted with the Eagles back in 1998, he was also inaugurated into the Musicians Hall of Fame and Museum in Nashville in 2016 and the Florida Artists Hall of Fame in 2017. Fact is, Felder spent 27 years with the Eagles, who own the fine distinction of recording the top-selling album of all time — Their Greatest Hits (1971-1975), which has sold over 38 million copies (and counting). “I’m blessed enough to have contributed to and been a part of a very talented mixture of voices, writing, guitar parts, and production. I’m very proud of that,” he says of the group.

Don left the band in 2001 and has since forged an impressive career as a top-tier solo artist with a pair of fully realized full-length albums, 1983’s sonically soaring Airborne and 2012’s multifaceted song-cycle treatise, Road to Forever. Felder added “best-selling author” to his impressive C.V. when his spellbinding 2008 memoir, Heaven and Hell: My Life in the Eagles (1974-2001), became an instant New York Times smash bestseller.

Felder navigated the burgeoning rock scene in his native Gainesville, Florida, in the 1960s, which included a stint teaching guitar to Tom Petty and learning slide guitar from his longtime friend Duane Allman. His matchless lead-guitar tone added extra fuel to Eagles tracks like “Already Gone,” “One of These Nights,” “Take It to the Limit,” and “New Kid in Town,” in addition to having co-written “Victim of Love,” “Those Shoes,” and his most popular co-creation, “Hotel California.” Felder has also recorded with and performed alongside top-drawer artists such as The Bee Gees, Michael Jackson, Alice Cooper, Warren Zevon, Barbra Streisand, Elton John, Joni Mitchell, and Stephen Stills, whom Don first crossed paths with in Gainesville in the early 1960s.

Spending more and more time on the road as the frontman of his own tight-knit solo band made Felder realize he needed to put in the time to hone his own distinctive voice into a finely tuned instrument. “That’s just how I work,” Don explains. “A lead vocal has to fit the song — it has to fit the timbre and texture of the song. Otherwise, you’re a one-note samba.” Felder counts extended runs with Foreigner, Styx, Peter Frampton’s Guitar Circus, and REO Speedwagon as touring highlights.

What’s next for Fingers Felder? Extensive touring is most definitely already locked into place to get behind the majestic sounds and broad shoulders of American Rock ’N’ Roll. In the meantime, let us continue to admire the essence of Don Felder, a man who continues to push boundaries and expand horizons. It’s the only way that he can travel down that road. 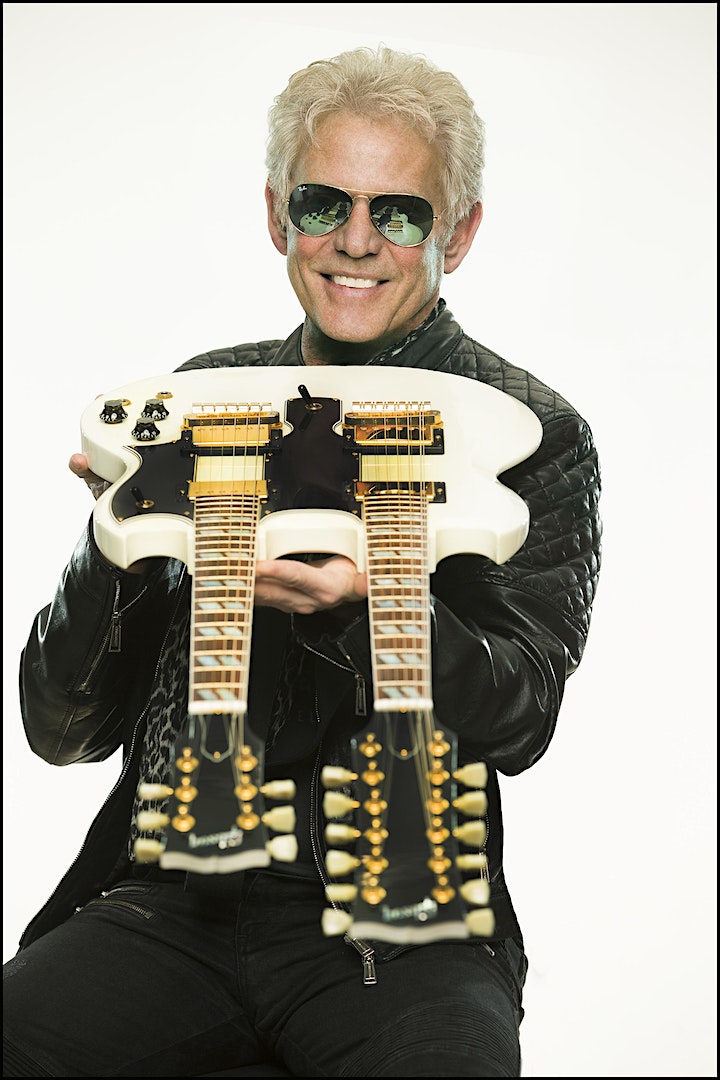