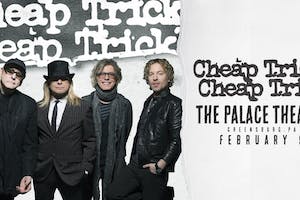 About Cheap Trick: Cheap Trick is part of the very fiber of American music, inspiring and delighting generations with their unique union of massive melodies and razorblade riffs, their own special brand of mischievous wit and maximum rock ‘n’ roll. Frontlined since 1974 by Robin Zander (vocals, rhythm guitar), Rick Nielsen (lead guitar), and Tom Petersson (bass guitar), the Rockford, IL-born Rock and Roll Hall of Famers are as vital today as ever, having released three spectacular records in the last three years -- BANG ZOOM CRAZY...HELLO (2016), WE’RE ALL ALRIGHT! (2017) and CHRISTMAS CHRISTMAS (2017) – and toured relentlessly to packed audiences around the world (four decades/5,000+ shows).

2016 saw Cheap Trick's long-awaited induction into the Rock and Roll Hall of Fame. The induction honored both the band and the pioneering sound that has earned them total record sales well in excess of 20 million featured appearances and more than 40 international gold and platinum certifications. Cheap Trick closed the 2016 Rock and Roll Hall of Fame Induction Ceremony with an show-stealing performance of "Surrender," "Dream Police," and "I Want You To Want Me," prompting Rolling Stone to rave, "Their smoking three-song set (was) played to perfection, with Zander hitting all the notes he hit at Budokan back in 1978."

2017’s WE'RE ALL ALRIGHT! was yet another undisputed triumph for the band as the album's first single "Long Time Coming," enjoyed an unprecedented run of 18 weeks at No. 1 on the Mediabase Classic Rock chart and, received loud applause from the press following its release, with Paste flat out raving, "Having been an active band for more than four decades, Cheap Trick continues to be a model of freakish consistency...Quick, think of any other American rock band formed in '70s who is still putting out albums in the modern era that not only don't embarrass the band but repeatedly revitalize their career. The list starts and stops with one name: Cheap Trick. They're not going anywhere, so you might as well start listening.”

"The energy levels are astounding,” shouted Classic Rock, "with producer Julian Raymond extracting a sonic attack that makes Rick Nielsen, Robin Zander, Tom Petersson and Daxx Nielsen sound like they've been locked in an industrial hangar with a bunch of AK-47s.

"If 2016's terrific BANG ZOOM CRAZY...HELLO was a long-awaited comeback after a seven year lapse, then this year's rapid follow-up shows that was no anomaly," declared American Songwriter.

"Few acts inducted into the Rock and Roll Hall of Fame, as Cheap Trick deservedly was in 2016, are cranking out music as fresh, honest, energized and explosive as these guys have released in the past two years. And if this recent burst in activity keeps going, they will be the poster boys for how ageing rock and rollers can stay relevant without selling out or trying to be hip...Long Live Cheap Trick."

“I don’t ever see us quitting,” Zander says. “We’re not cut out for sitting around and watching TV.”

“We’re not a nostalgia band,” Nielsen says. “We never stopped making records, we never stopped touring. We’ve had ups, we’ve had super lows, but we kept at it and I think people appreciate that. Sometimes I think we’re just too dumb to quit. We just keep going.” 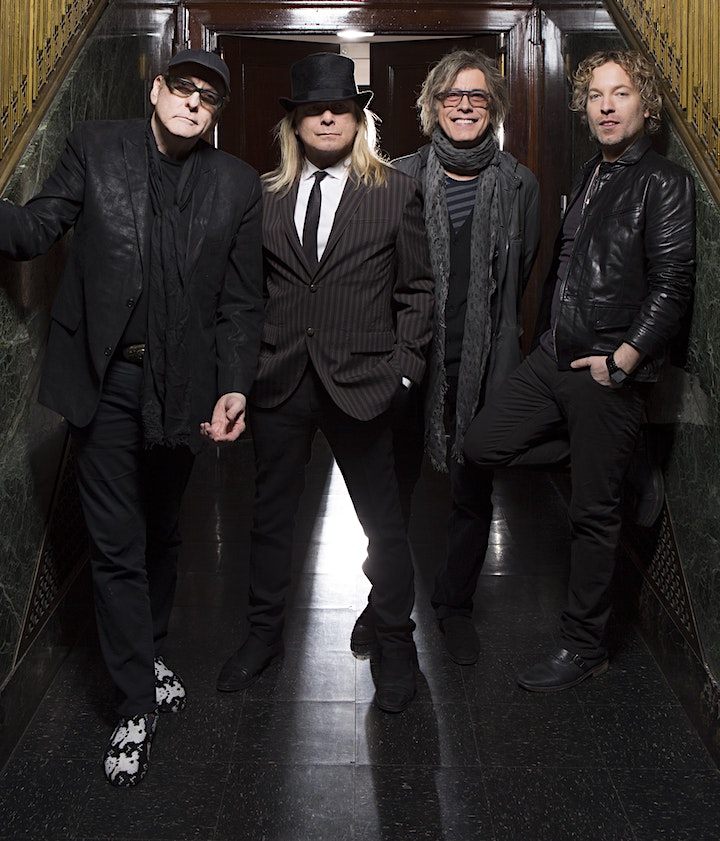