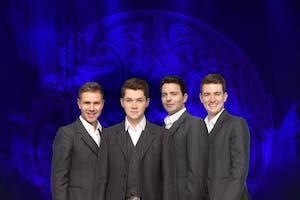 The Celtic Thunder tour planned for Monday, November 23 has been rescheduled for Tuesday, December 14, 2021 at 7:30 PM. All tickets for the original date will be honored for the new date. 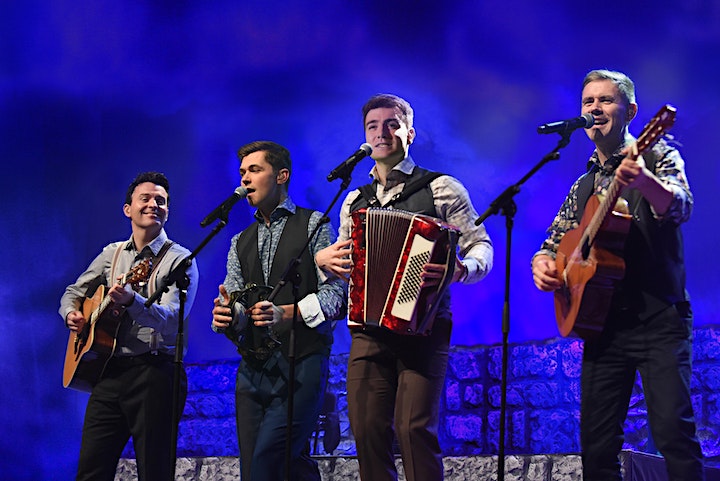 In 2007 producer Sharon Browne filmed the first ever Celtic Thunder show at the Helix in Dublin, Ireland. The concept was to feature a group of men from Ireland and Scotland, who range in age from 14 to 40, and feature songs that celebrate a common Celtic Heritage.

The resulting show included an eclectic mix of songs ranging from the traditional to international hits and some original pieces along the way.

The current cast of Celtic Thunder is made up of diverse performers, Ryan Kelly, Neil Byrne, Emmet Cahill, Michael O’Dwyer and Damian McGinty. Damian was one of the original members of Celtic Thunder who left the show in 2011 to complete in the first season of the hit show “The Glee Project’, which he subsequently won. He returned to Celtic Thunder in 2016.

The members of Celtic Thunder are each a powerhouse in both their solo and ensemble songs. Ably backed by the dynamic Celtic Thunder Band, their shows are known for the use of dramatic effects of lighting and choreography.

The first Celtic Thunder CD/DVD was released in March 2008 and was simply called “The Show”. A full US and Canada tour followed in the falloff that year, along with the second CD from the show called ACT II. In 2009 Celtic Thunder released their second DVD third CD “Take Me Home”. This was followed by “It’s Entertainment” in 2010, which paid homage to US pop culture.

Celtic Thunder also took the Celtic Thunder Show on tour in the US that year. August 2012 saw the show return to the Helix in Dublin to film their 9th DVD and 10th CD entitled “Mythology” which was released in February 2013. Mythology which presented a perfect blend of entertainment, ideology and Gaelic spirituality, providing a modern twist on the old Celtic storytelling tradition.