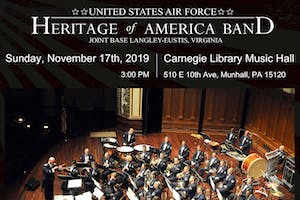 For six decades, the USAF Heritage of America Concert Band has educated, inspired and entertained over 1.5 million people annually, by providing music for events that support Airmen and their families, our Nation’s veterans and build relationships of trust between the American people and their Air Force. The Concert Band is comprised of over 40 professional Airman-musicians who captivate audiences on regular tours throughout the East Coast with a variety of renditions of great orchestral classics, marches, Broadway hits, jazz standards, movie, music and patriotic favorites.

Activated in 1941, The United States Air Force Heritage of America Band has a rich history of inspiring public patriotism and enhancing esprit de corps among all the US military service branches. These worldclass airman-musicians are stationed at Joint Base Langley-Eustis in Hampton, Virginia. They travel throughout the Carolinas, Mid-Atlantic and Northeast regions, presenting over 300 events annually for the general public and in support of Airman morale and protocol events. Under the leadership of Major Rafael Toro-Quniones, the USAF Heritage of America Band remains at the forefront of communicating Air Force core values and preserving and enriching America's military and musical heritage into the 21st century. 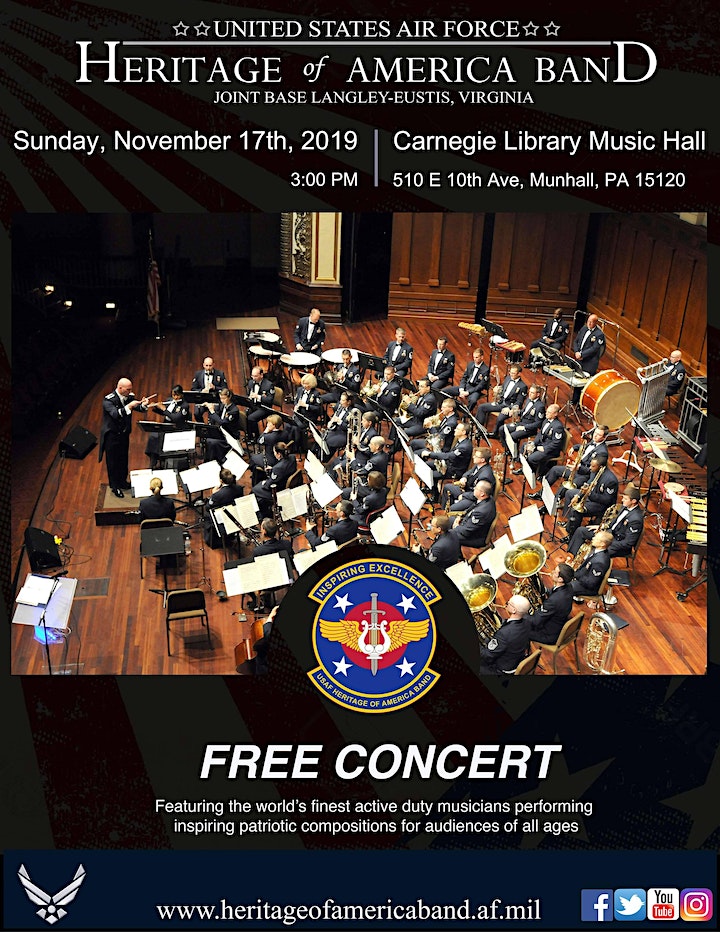