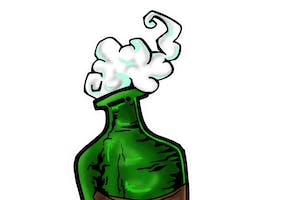 iCal
Google
40 Oz to Freedom- A Tribute to Sublime

Diego Music Award nominee for his work with the band, Tubby, and with 40 Oz. 40 oz won the San Diego Music Award for best tribute band in 2010. Dane has toured the country with Tubby, The Fryday Band, Smooth Move, and now 40 Ounces to Freedom. His soulful voice and face melting guitar riffs contribute to an energetic show which leaves the audience craving more.

Tom Burda - Bass/vocals. Tom is an accomplished musician with a degree from Berkeley College of Music in Boston, MA. He was the guitar player for an amazing band Ripplegroove, which later became Redux. He has had many recording credits in the NYC and he currently teaches at the New York School of Guitar. Tom is the shizznit...plain and simple.

Bill Ray - Drums. Bill pretty much showed up on this plane of existence with sticks in his hands. Born into an hyperartistic and ubercreative family of photographers, musicians and scientists, it was no wonder that a 15 month old child would stumble upon his father's drums. At the age of 4 his path was clearly lit upon seeing the local drum guru (George Lawrence) perform a drum solo during a photo shoot at his parent's photography studio in Jackson, MS. Since then, he has gone on to reside/play in over 20 countries, played on 150+ albums including Ike Turner's 2007 Grammy-Award winning "Risin' With The Blues". He now has a musical project called The Odd Get Even (http://theoddgeteven.com/) and is thrilled to be doing live road gigs across America this summer of 2011 with 40oz to Freedom, a Sublime tribute band. Bill is endorsed by Taye Drums, Supernatural Cymbals, Pro-Mark Drumsticks, Aquarian Drumheads and Slug Percussion Products.